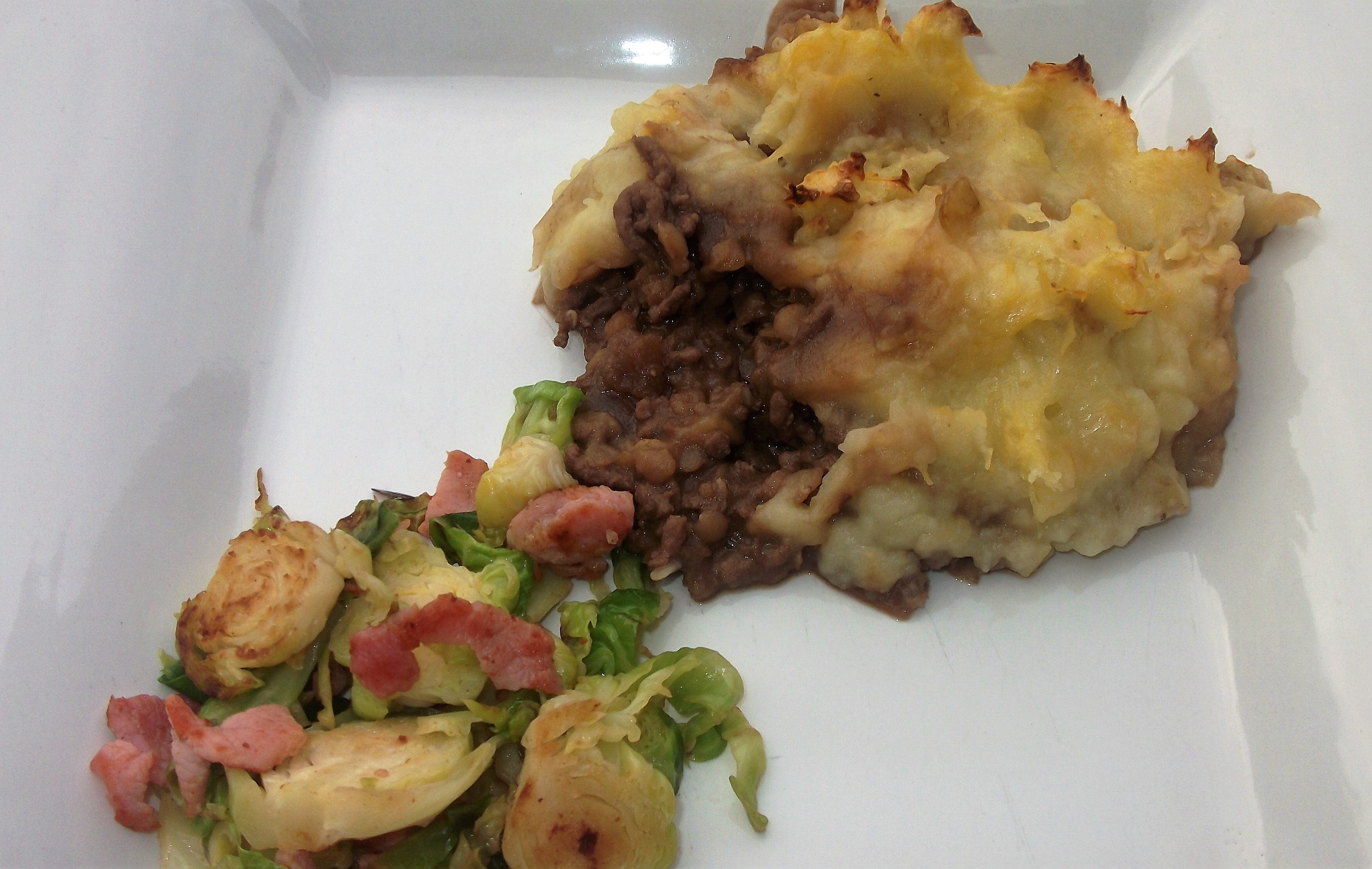 Right, that’s it, I am officially flipping freezing, so that means warm wholesome grub for dinner,any Salad’s can seriously jog on (sadly, they never actually entered my life this summer, but the thought was there !).

I picked up three packets of minced steak at M&S a couple of weeks back for 95p each, and now that all the pumpkins are cheap as chips, I thought I would Pull a mince out of the freezer and do a Jazzy Shepherds pie.

Shepherds Pie is a fab meal for kids, as you can hide sooooooo many things in there and the kids won’t know a thing !. In this dish I have put in a cup of lentils in with the mince and mashed the pumpkin in with the potato. 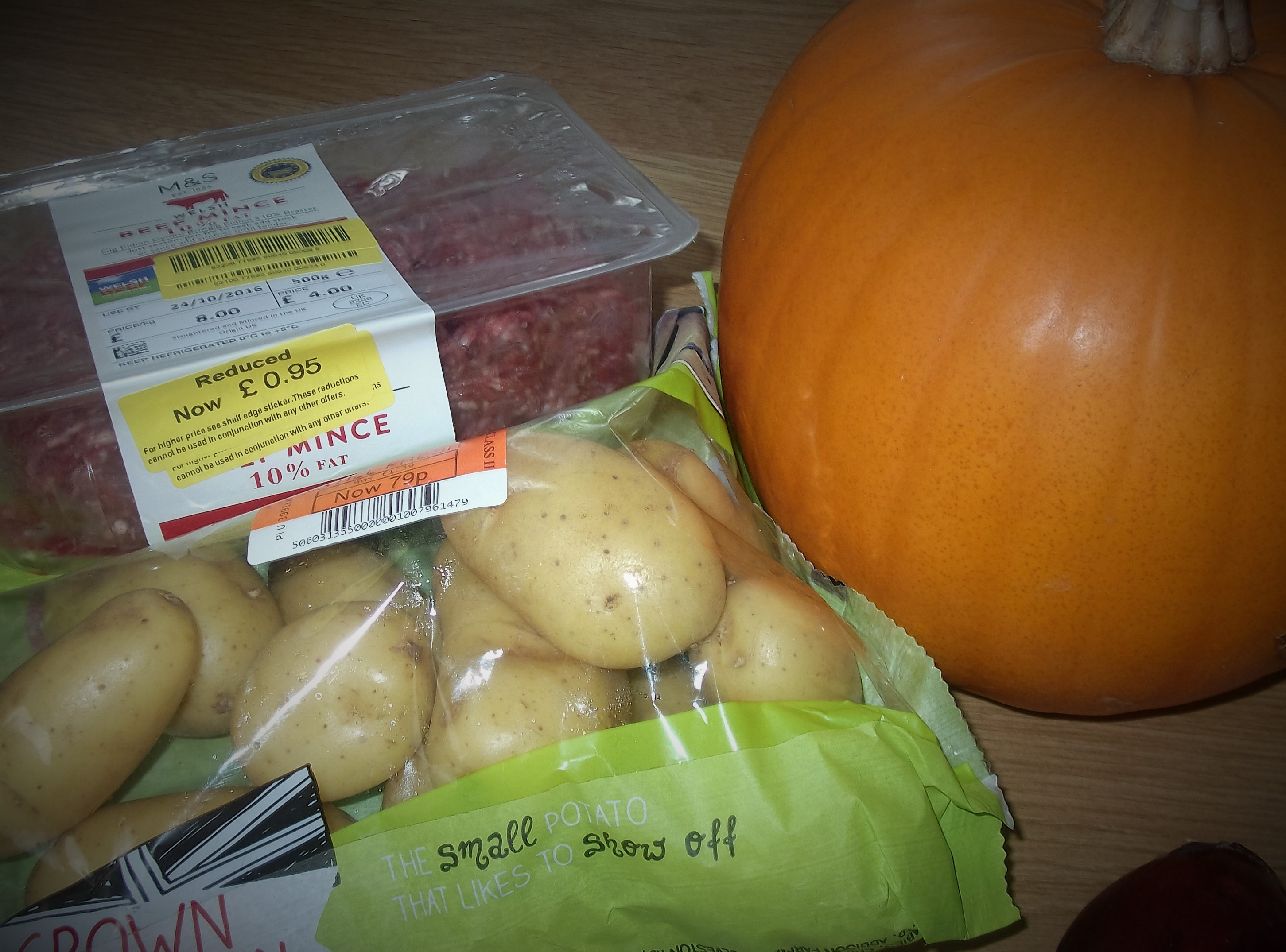 Firstly slice the pumpkin in hald and remove the seeds and pukey centre, (as shown)

slice off the skin, which is quite a tough job and cut of the top and bottom stork. 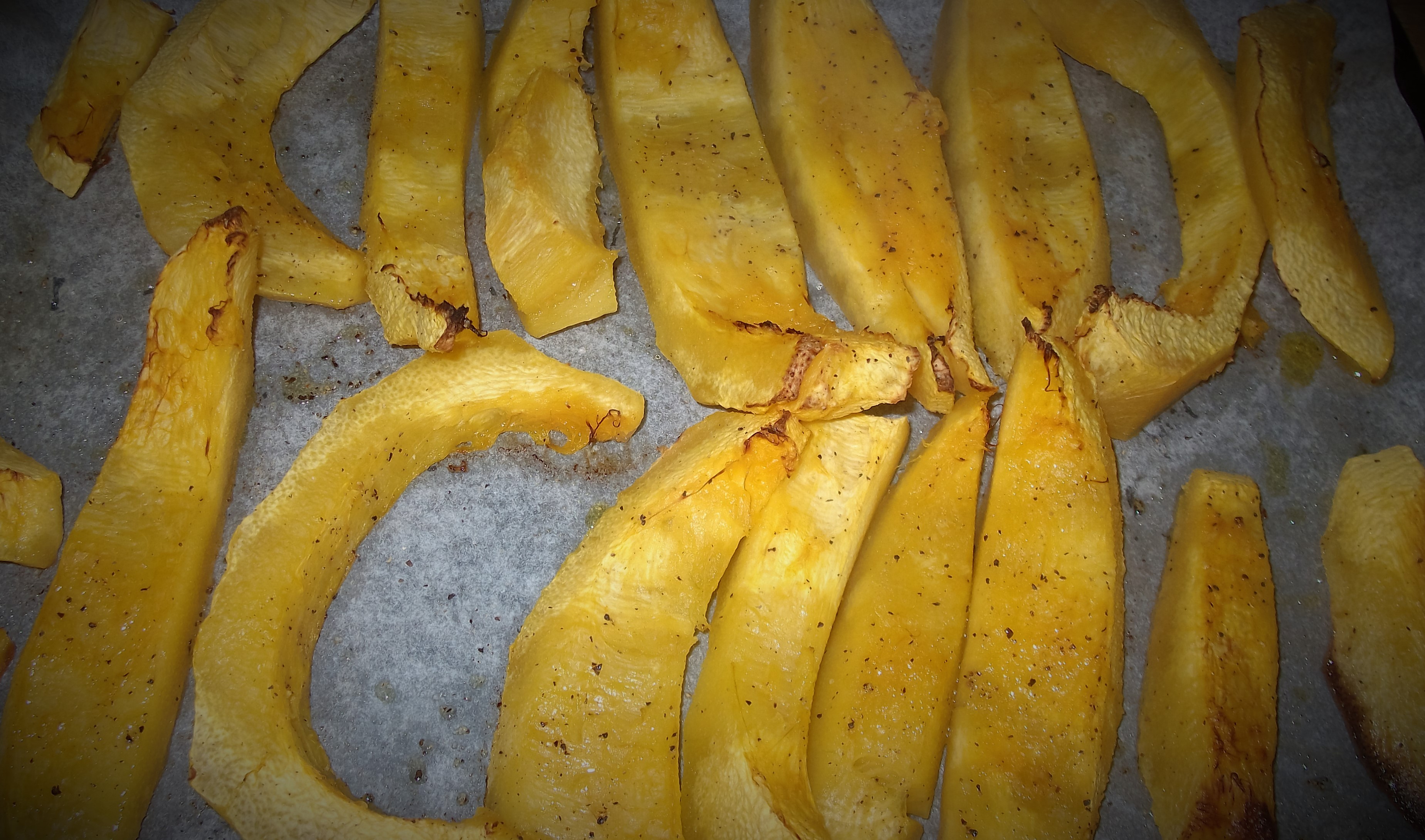 Slice the pumpkin as shown and place it on some baking paper, pour over some olive oil, season and pop in a medium pre heated oven for about 15 minutes or until brown and soft as above. 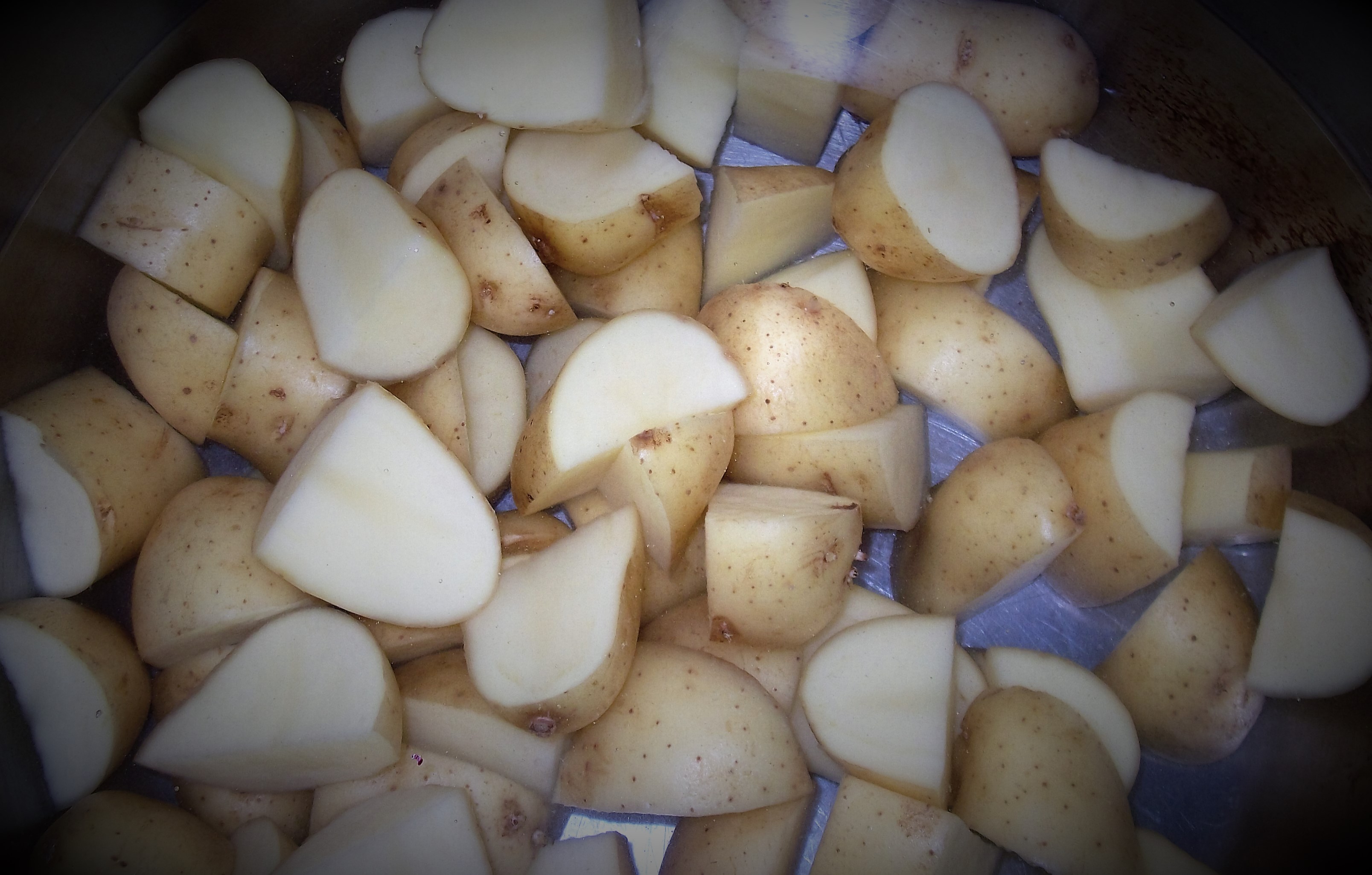 Dice your potatoes and leave them in the skins, put them in some cold salted water and bring to the boil until soft. 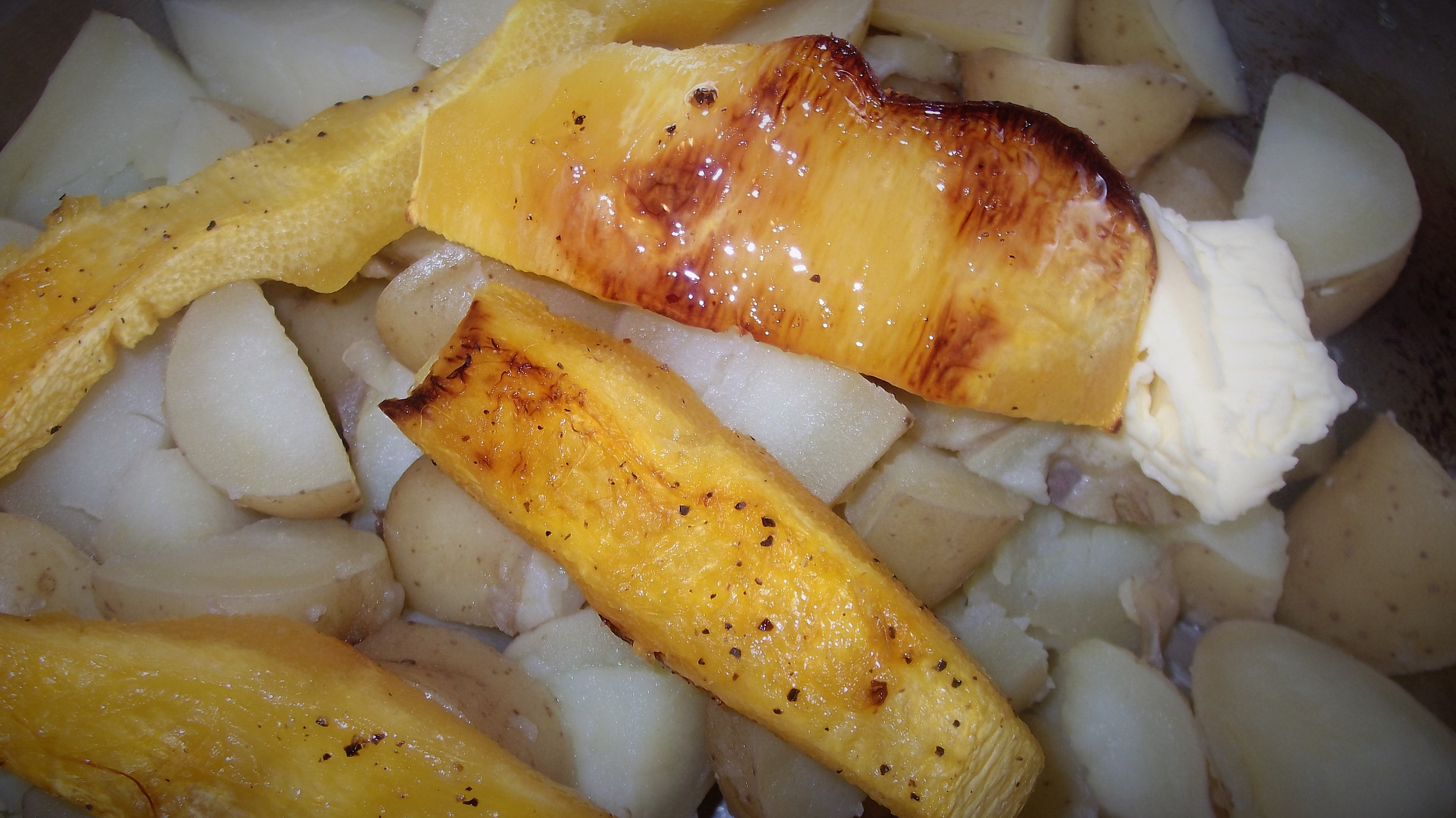 Drain and then add the pumpkin, butter and milk and then mash, but if you want a rustic feel, then leave the potatoes a bit chunky. Put this to the side to cool. 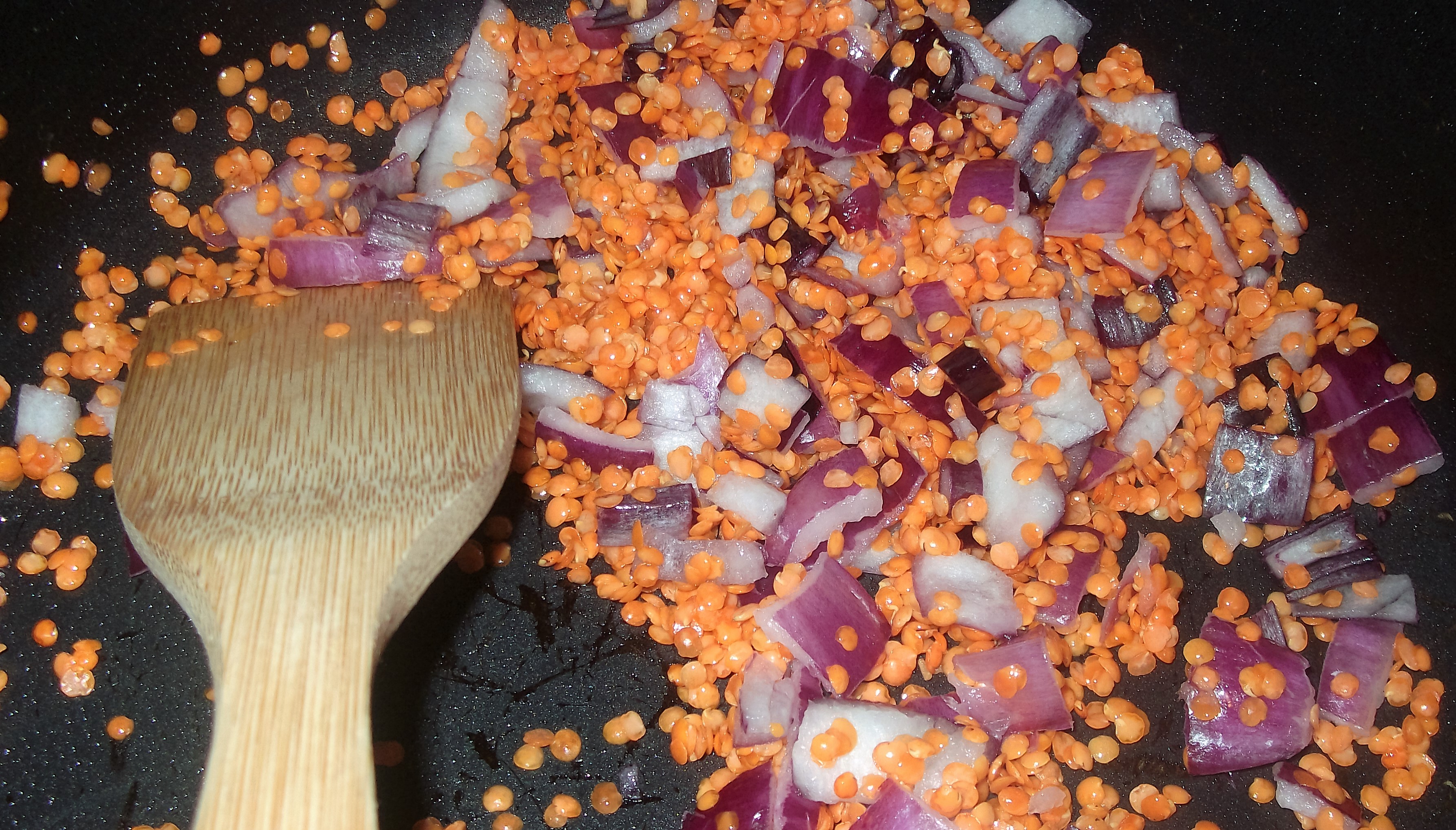 Add the mustard, S&P, tomato puree, oxo and wine and stir well. Add a cup of water and cover, cook on a gentle simmer for about 15 minutes and then transfer the mince to a baking dish. 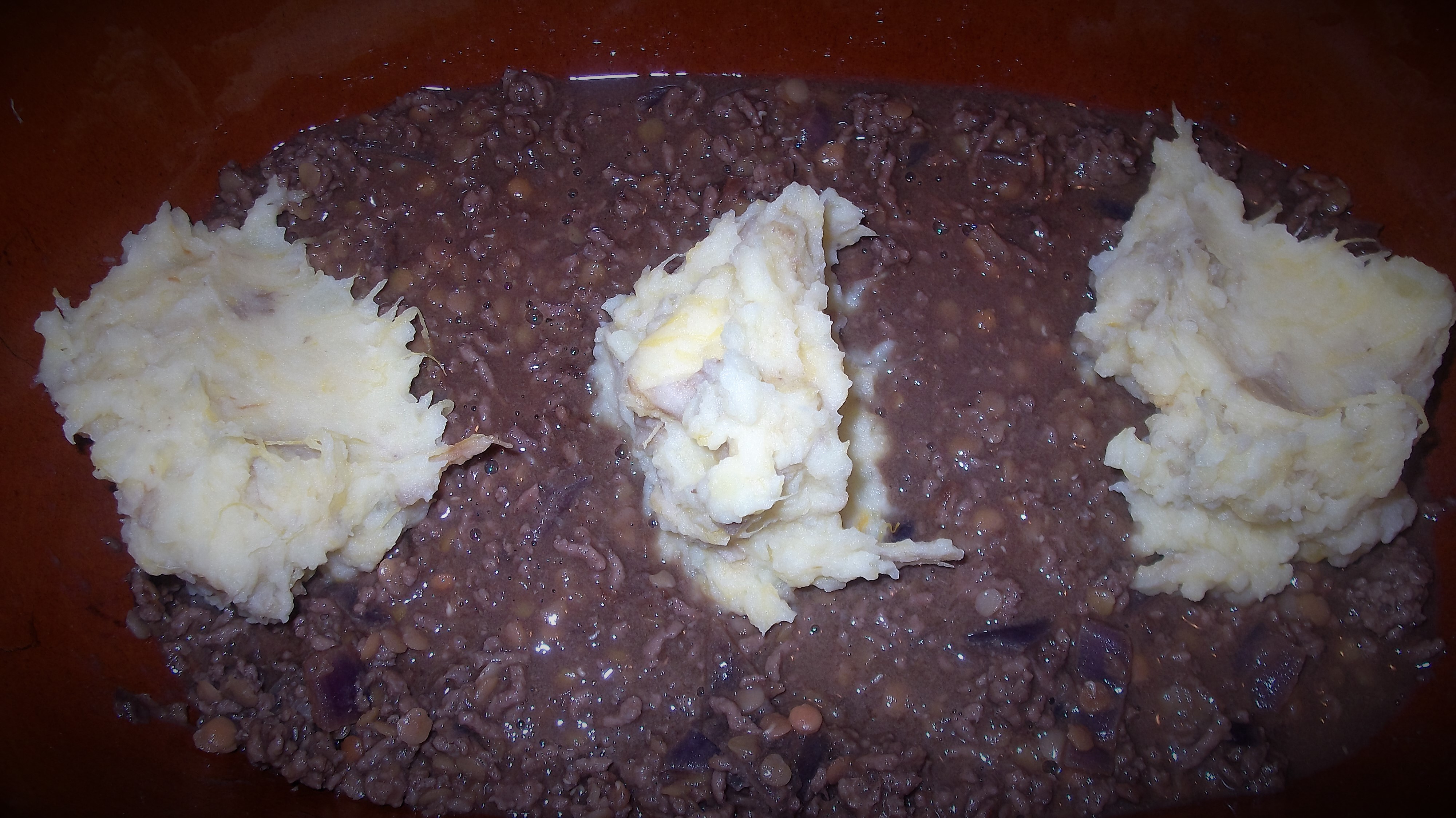 Add the cooled potatoes to the top of the mince and try and spread this out evenly.

Put a sprinkle of parmesan cheese and a pinch of S&P over the top and pop this into the oven until the top is nice and golden.

So there you have it, a jazzed up and tasty belly warmer, I have added a side of pan fried Sprouts and bacon, which is easy to make (see the link below)

I hope that you all enjoy eating this.

Try This for a healthy but tasty meal