This might just be the best Christmas pudding I have ever tried! 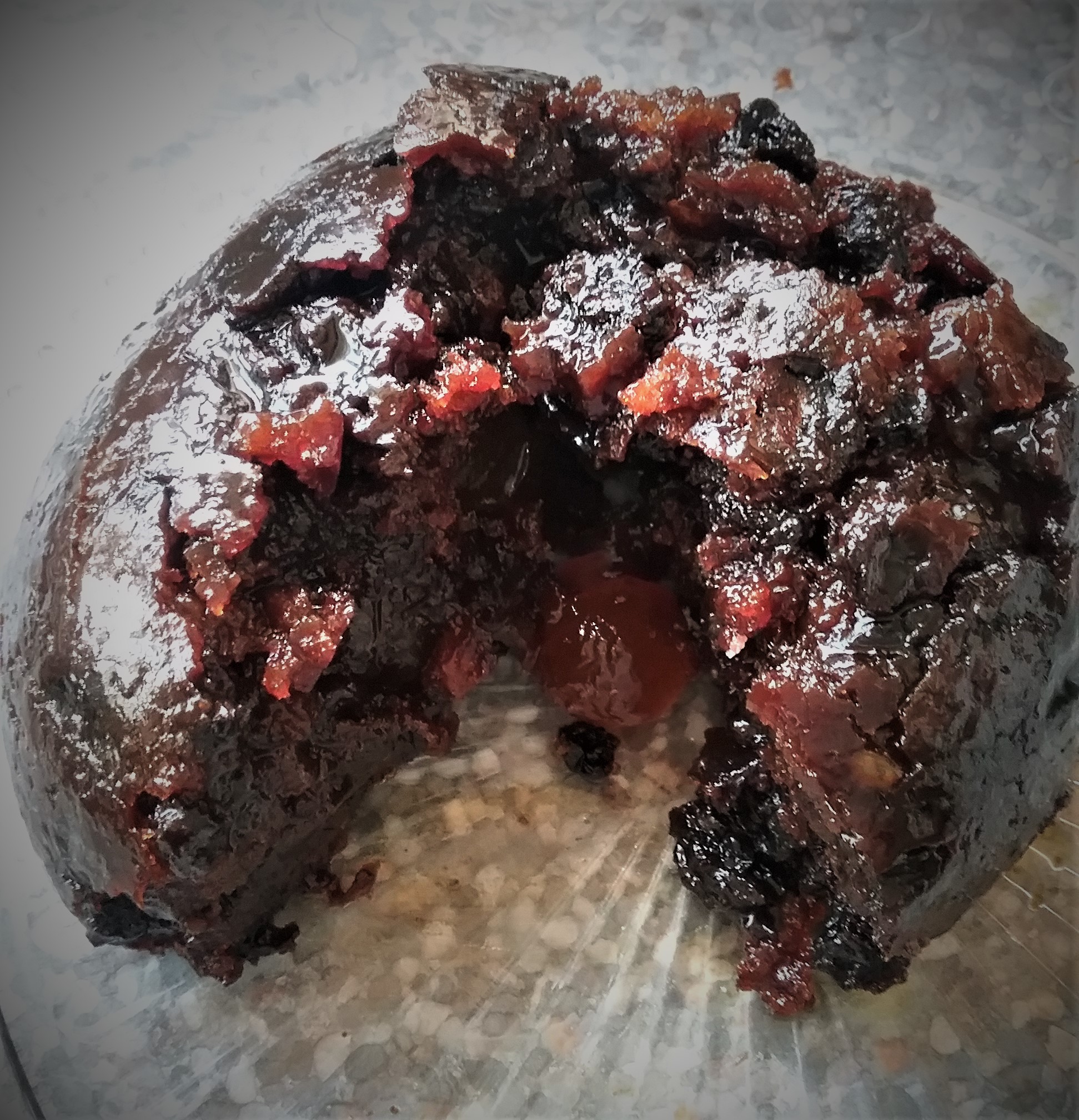 When Lidl sent me a box of Christmas goodies to review recently, I thought that I would be tough and expose it to my mini army of girlfriends and let them have the say on what was hot and what was not !. This is a fierce group of Welsh Chicks, that have a straight and honest tongue that could pack a punch and end any conversation would one raise of an eyebrow !

First up was the 9 month matured hidden Centre Christmas Pudding which is currently retailing at £4.99. This could possibly be the best Christmas pudding I have ever tried!

We decided to pop this in the Microwave for three minutes rather than steam it, and the smell that came from this pudding was immense, we were all made to get up from the comforts of the table and go into the kitchen, just to sample the smell as it was fab !

When the pudding was turned out onto the plate, the first thing we all commented on was the look of pure moistness from the pudding, as it looked so delicate, we thought we had taken a gamble when we decided to microwave this, but I would most definitely cook it this way again !.

When we open the pudding up, cherries poured out and we were amazed at the amount that the pudding held. They were almost gob filling size and again they were all very moist and packed full of flavour !. If you like a stodgy, dry pudding, this is not for you but if you like an orgasmic pudding then this is your cup of tea, coffee and prosecco! Truly the best Christmas pudding any of us have tried in a while!

Annmarie has confirmed that Heston can jog on this year as she will be buying this for her family and saving a fortune in the process and both Rachel and Beck have also scheduled in a visit to Lidl to pick this up. A standing ovation commenced after we had finished followed by undone belts and eyes avoiding the clearing up that confronted us! If you’re looking for the best Christmas pudding on a budget, you would be hard pushed to find better!

If you have not tried a stollen before, then you are going to really dislike me introducing these to you. They are sooooooo Moorish, that I have banned these from the house until Christmas eve or get together’s as I can not be trusted around them. Again ,these are really soft and moist little numbers that have a lovely little kick of marzipan, and for well under £2 these are a great Crimbo buy ! 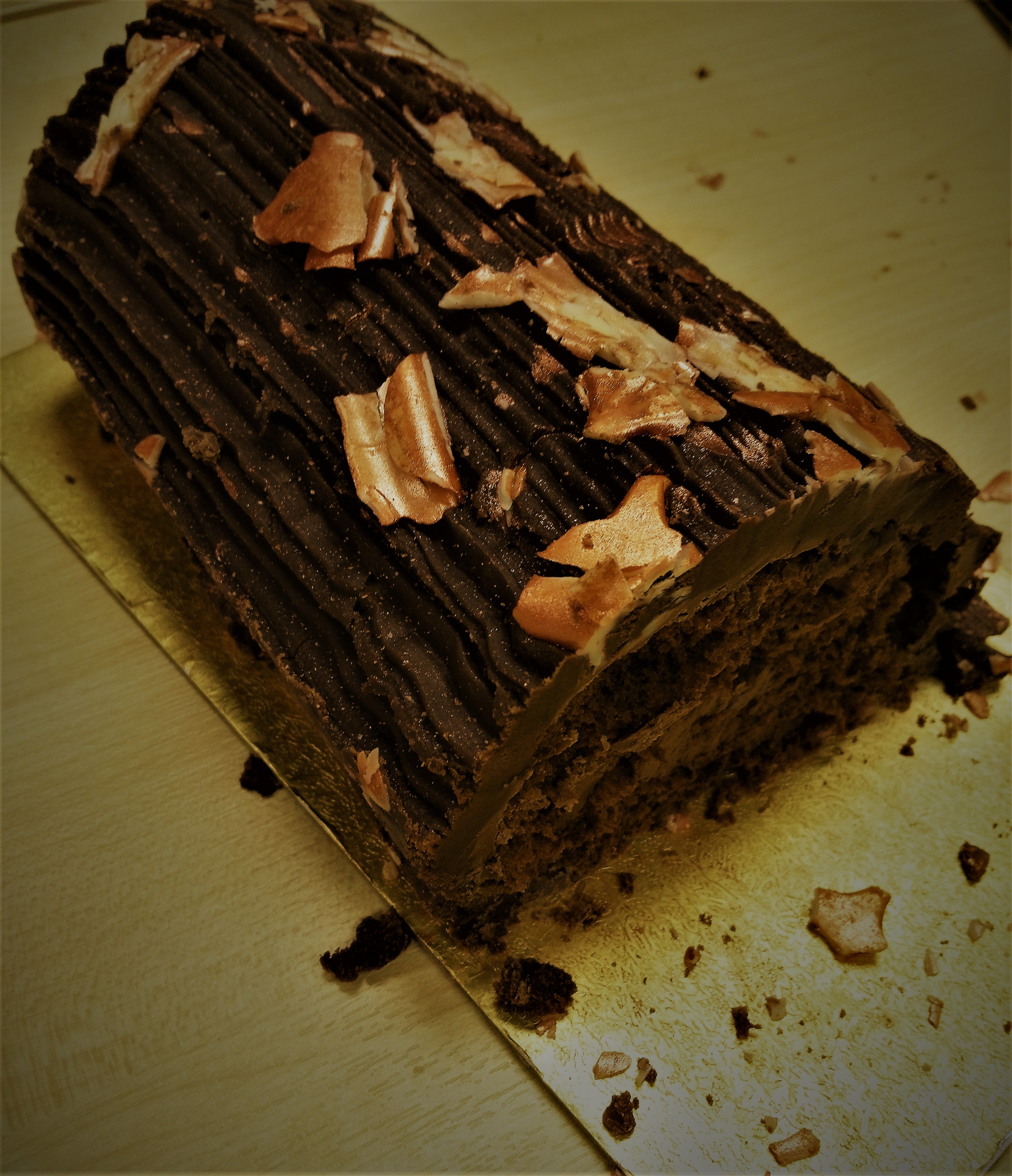 This Luxury hand finished festive Yule Log is only £2.99 and looks flipping fab, it would look great on a buffet table and for anyone with a big chocolate fixation, this would be a winner. It was a bit to heavy on the chocolate for me as the topping was around 2cm thick, but at Christmas when healthy eating and calorie laden food is welcomed with opened arms, then you cannot really go wrong with throwing this in your trolley.

And finally the last recommendation is The DELUXE Chocolate covered Ginger pieces that are £1.99.

A lovely friend Jay was directing his last show at the Dolman theatre in Newport and me and the girls went along to support it, unfortunately it was The Full Monty and it was so awful watching gorgeous looking guys taking their kit of on the stage, However the cast were amazing and the acting would rival any West End Production !

We tried out these chocolate’s while watching it and we all loved them, Nicola decided that they were like Ginger Turkish Delight and this was the quietest that I have ever seen Sarah, as she ate three in a row ! Dionne my only friend with will power refused to try them as she is currently on Slimming world, even with my ” it’s healthy as it is Ginger” pushing didn’t budge her, and I could of easily decked her, as she has obviously stolen my will power, as it has VANISHED !!!

The chocolate was extremely thick, and hadn’t I known they were Lidl’s, I would of thought they were a high end Chocolate carrying both a posh name and a posh price tag !.

Anyway, I hope that you have enjoyed this review of my favourite Lidl Christmas Products and may I just add that I have not be paid or sponsored for this post, this is my honest view that I hope will help you with your Christmas Food shop !.

For more Lidl suggestions, check out my post about the Lidl quinoa!