Here’s my take on Gousto recipes as I’ve been checking out the Gousto box recently. 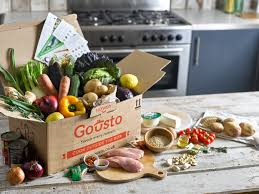 Within the last year I have seen several different adverts popping up on my Facebook feed advertising various meal in a box companies, when I spotted a great deal on line for three fab meals for two people for less than £10, I thought that I would dig in to this world of someone doing all of the hard work for me and try out some Gousto recipes for myself. 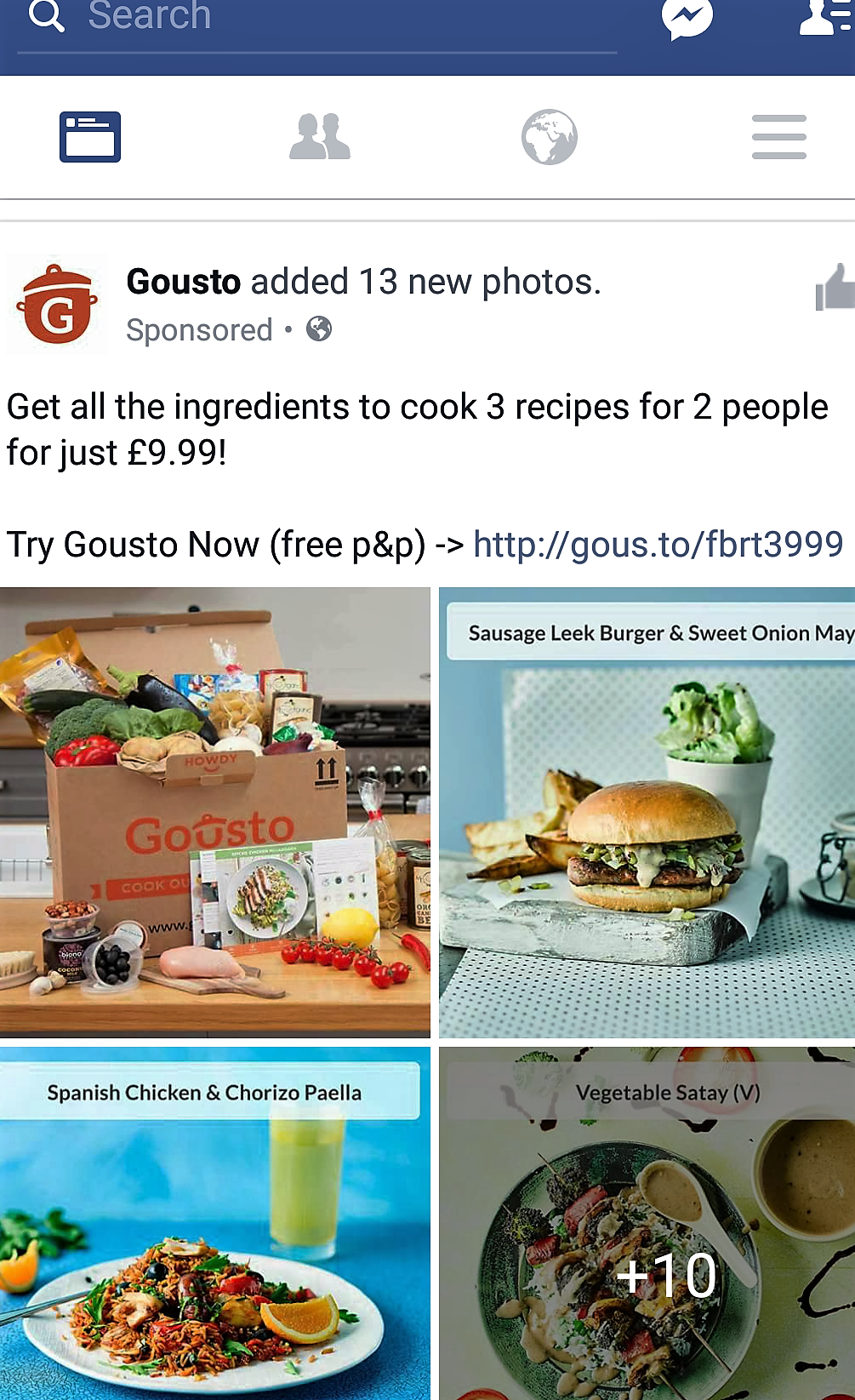 Every week the cool looking team at Gousto headquarters devise 12 meals and pop these on line, you choose, order and pay up with a very easy and friendly system and chose what day you would like your box of decent grub to be delivered. I chose three scrummy looking meals and instantly thought, I will be calling them to moan that they have forgotten something or its going to turn out like a pile of pants !

But Boy, was I wrong about these Gousto recipes! 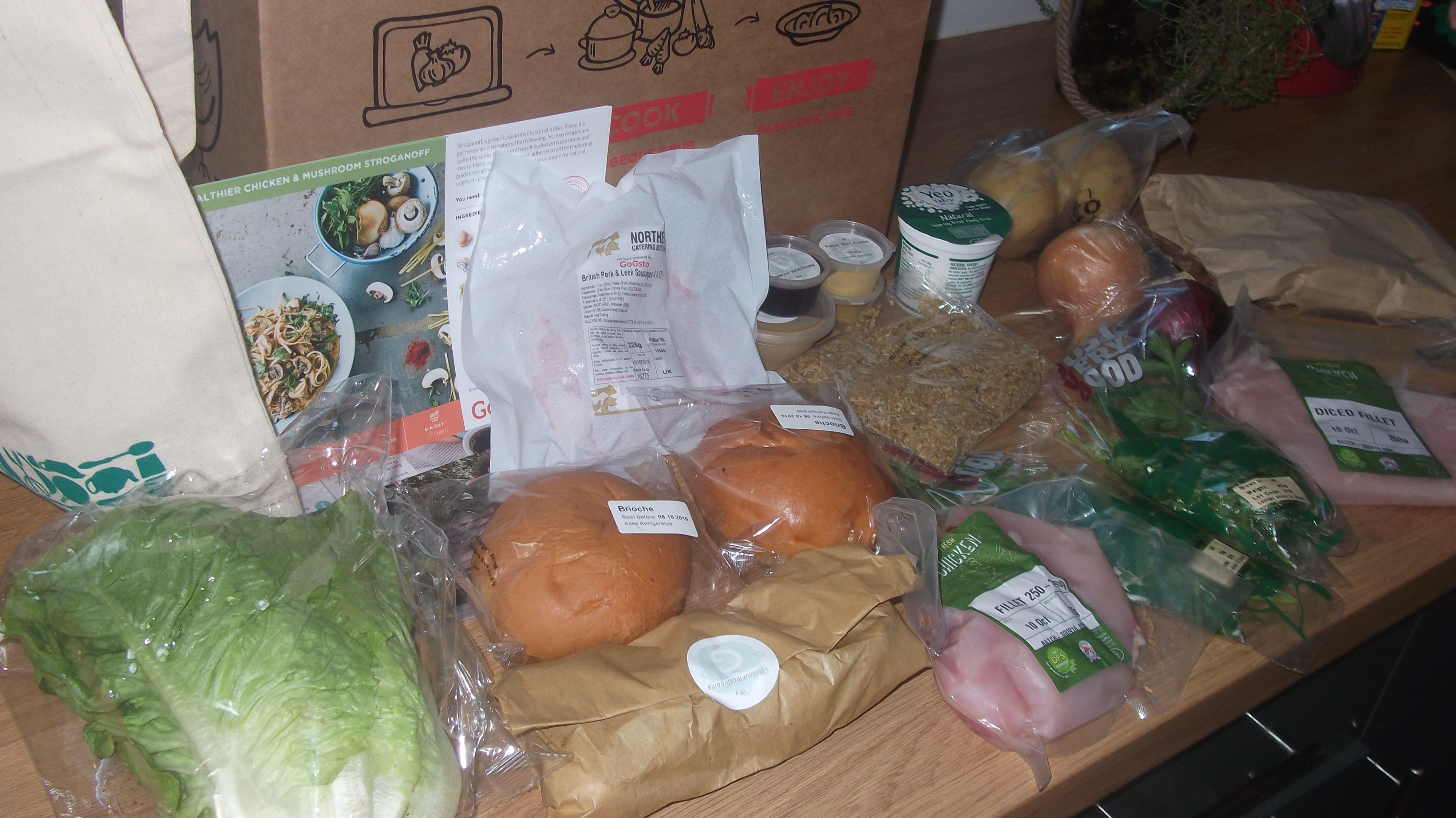 I was extremely impressed with the constant contact I was receiving, informing me when the parcel would be arriving, and I even got a text to say that it had been delivered. It arrived when it said it would, and there was no overuse of packaging which was pretty cool.

I went through everything on the list and I was pleasantly surprised to find that there was not one thing missing !! ( nothing Ikeaish about this company !)

A nice bag was provided to keep the dry stores in and everything else was kept in the cold bag and popped into the fridge. So what Gousto recipes did we try? 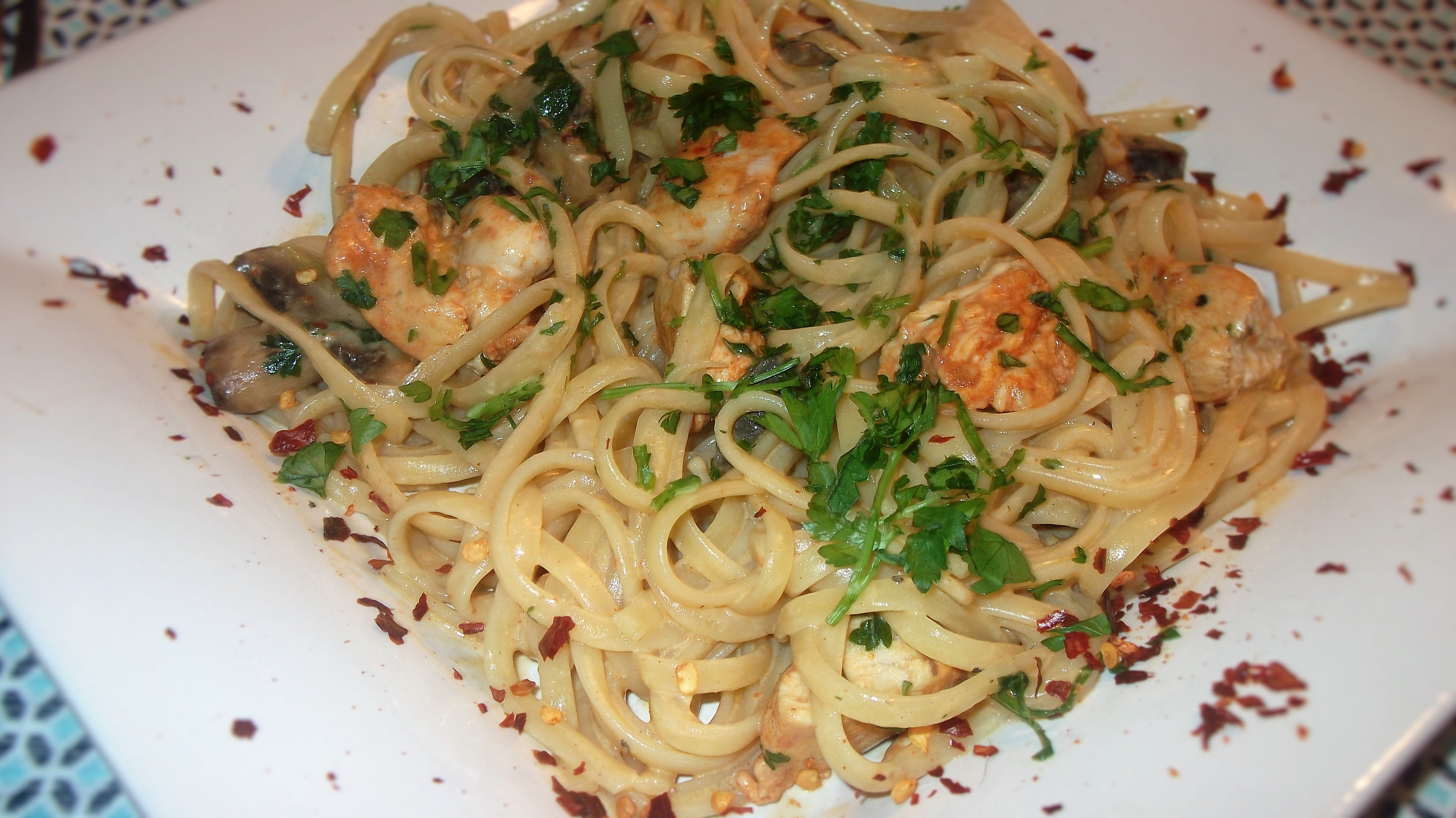 The first meal that I cooked from Gousto was the Healthier Chicken and Mushroom Stroganoff.

I checked off the ingredients from the check list and had a quick read through the recipe before I started, and it was both informative, easy to follow and it had a nice added touch of having the photos and estimated cooking times noted on the card. 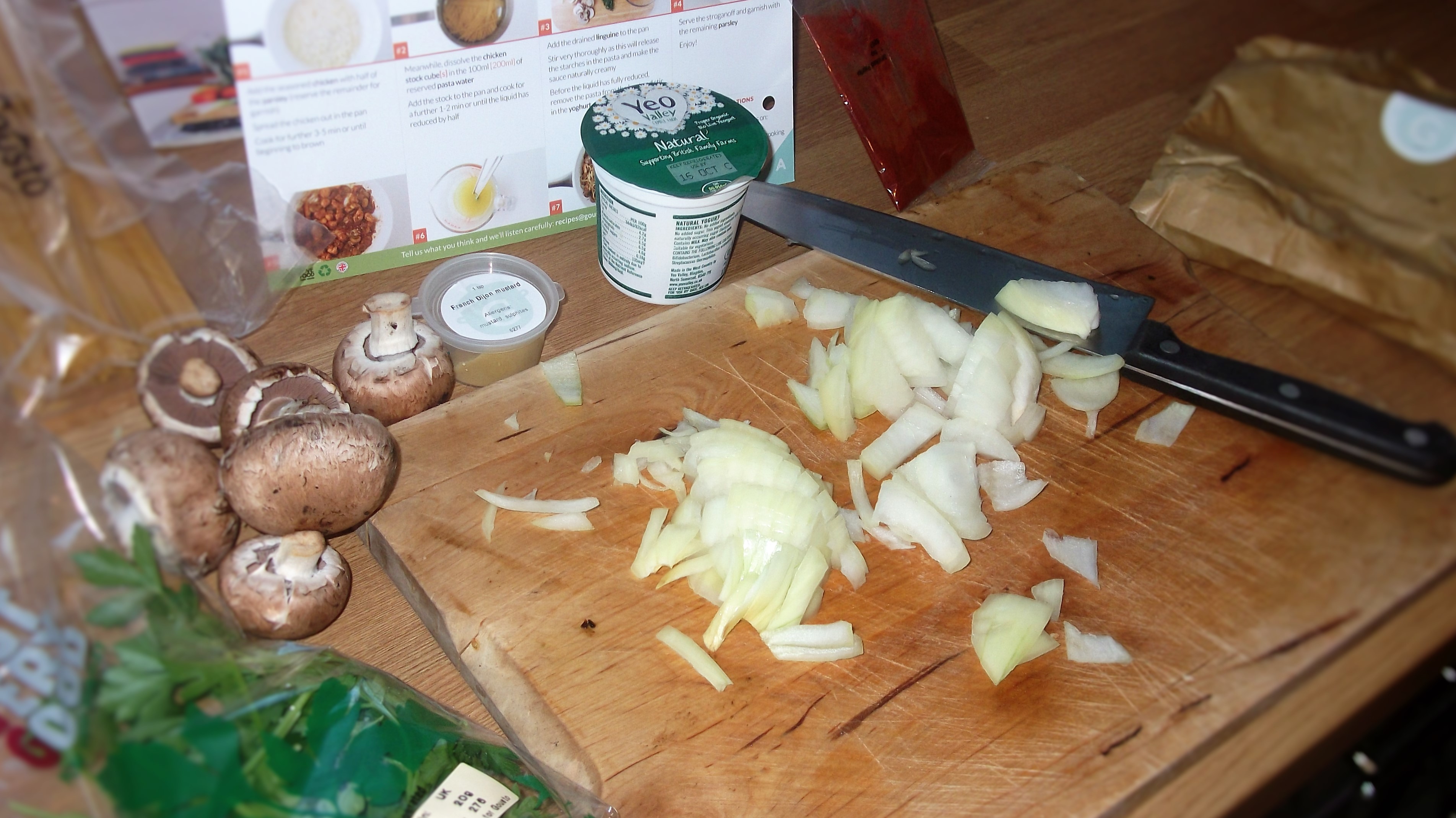 The recipe was dead simple and it tasted bloody great, it had a huge thumbs up from both my partner and I, and I just want to quickly add that the portion size was huge. 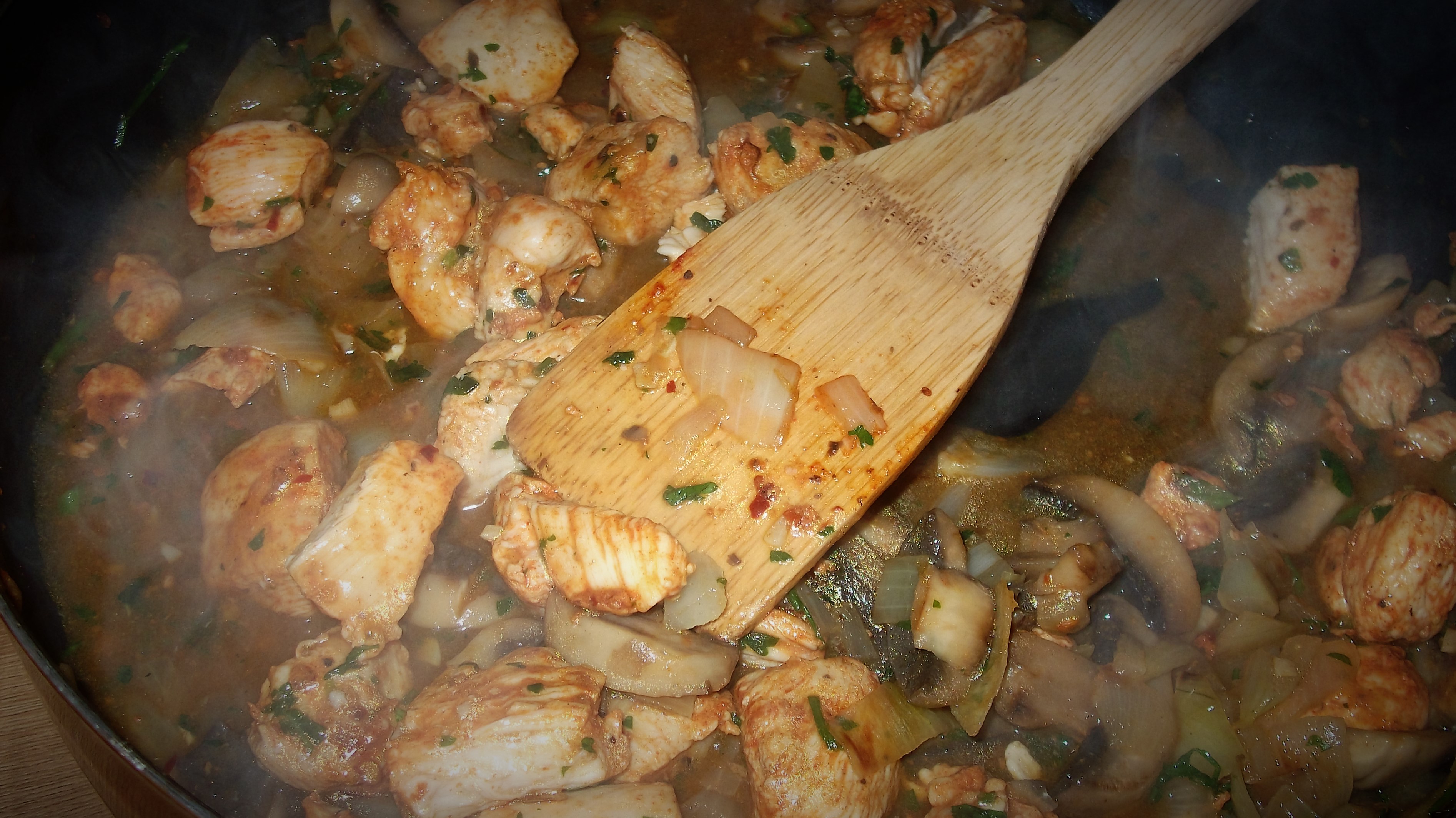 The second meal that we tried was The Nutty Molasses Chicken, which again was bang on with the ingredients, easy to follow. However I feel the Freekeh would of benefitted with a stock cube added to the boiling water when it was cooked, however the size was plentiful and the taste delicious. 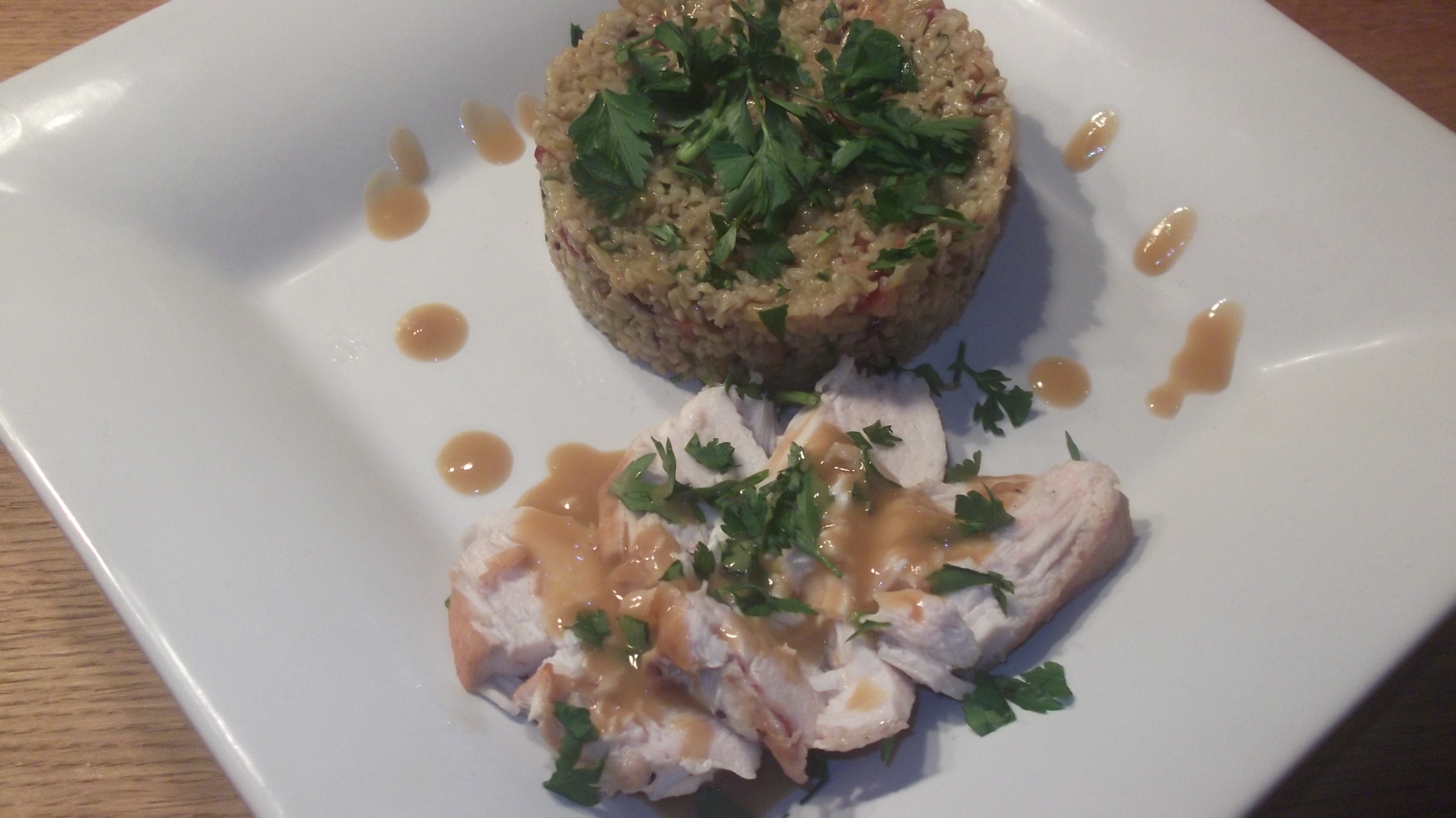 Our third and final meal was saved for the Saturday night and it was a stonker of a dinner.

It was Sausage Burger with a sweet onion Mayo and it was fab !.

Again, easy to follow, the salad was large and the dressing made it very Moorish, but an extra potato would of done wonders as we did not have enough wedges. 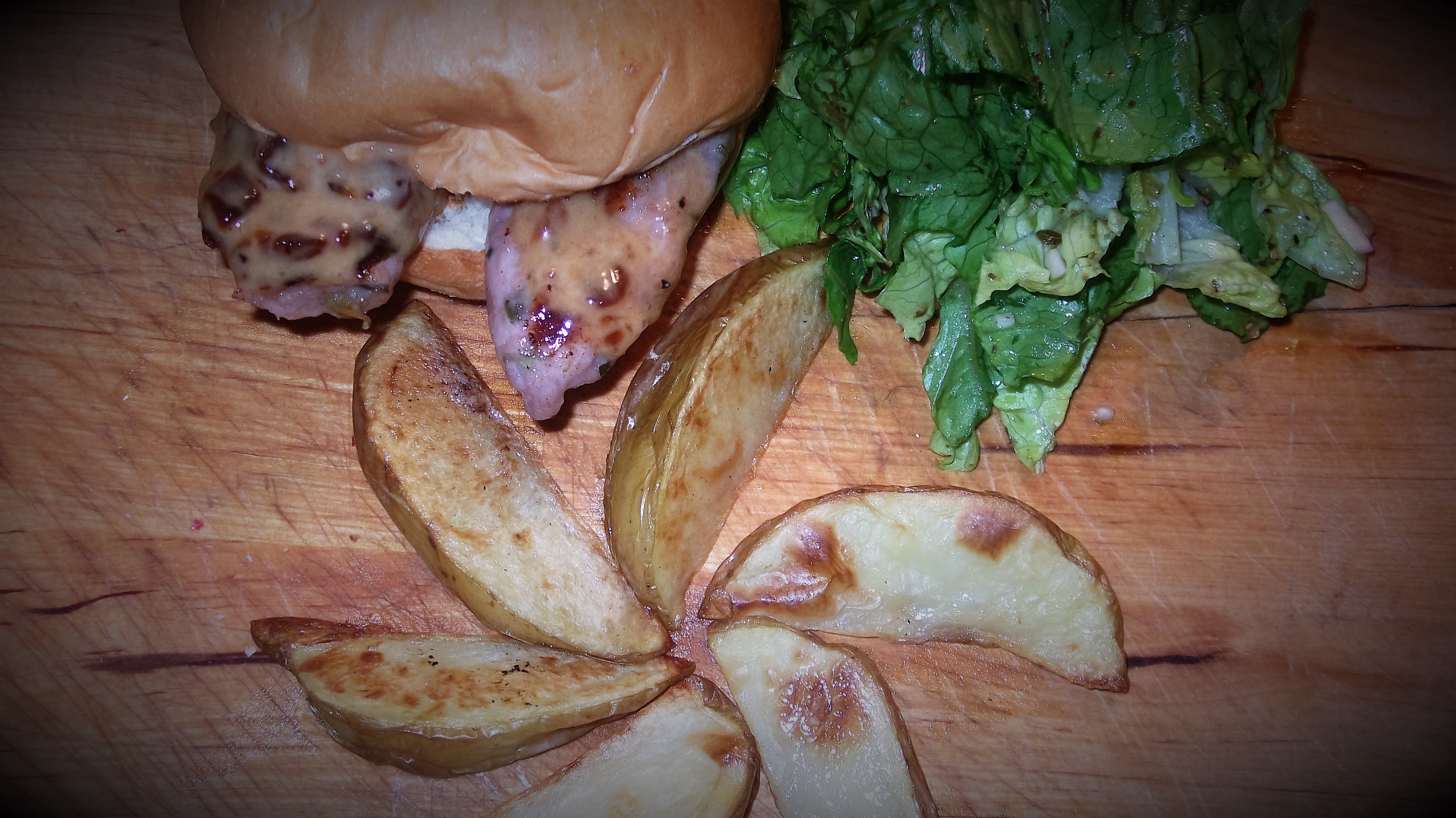 My overall view on Gousto is that somebody has developed a smooth, well oiled operation with a great team that is obviously working well together. The Gousto recipes are tasty and delicious.

A company that is bringing back the love of cooking from scratch, and helping people do this that don’t naturally have the time to shop for the ingredients themselves, the whole things tastes better, is put together beautifully and is definitely a winner winner chicken dinner.

My only reservation is the fact that it is not cheap, and this unfortunately would be out of a lot of peoples grasp, yeah, you can use the codes and get a discounted box but unless your a professional couple, retired or basically rolling in cash then this may be a distant dream.

If you are a single person then this could work out financially well for you, as you could have six days worth of food and I also think that this is a great idea for somebody that is just out of hospital, a clubbed together gift or even a wedding present.

I love Gousto recipes, I just can’t afford it so will keep to meal planning.

If you fancy trying Gousto, I have luckily managed to get an exclusive code that will give you £15 of your first two orders (£30 discount). Get in contact!