This homemade bird food is SO easy to make!

Sometimes, things can backfire on me and today I had that fab job of cleaning out my kitchen cupboards, because I  bought back a load of dodgy spices from my travels abroad, only to find that I was too share my kitchen with one too many 8 legged critters, that flicked me the bird every time I opened my cupboard !.

I thought I was imagining it, but one definitely said Boo this morning and I realised that I have too scrap all plans today and get evicting !.

Three hours later, with numb fingers, a sore eye from rubbing super strong jog on germ liquid into it , throbbing knees, and one air punch I was finished. However, I had a good sort out in the process and came across lots of cereal that we don’t eat any more, mostly nutty muesli and various other combinations, so I thought that because it is getting cold I would do something nice for our feathery friends and make some homemade bird food.

I also sorted through my cheese mountain and decided to throw some of this into the mix.

I put all the cereal, cheese, a packet of old sunflower seeds and a tub of reduced priced duck lard into a bowl and added half a kettle of boiling water. Mixing this up was very therapeutic (well before the smell hit me!), and I made sure the cereal had absorbed the melted fat and was mixed it well. 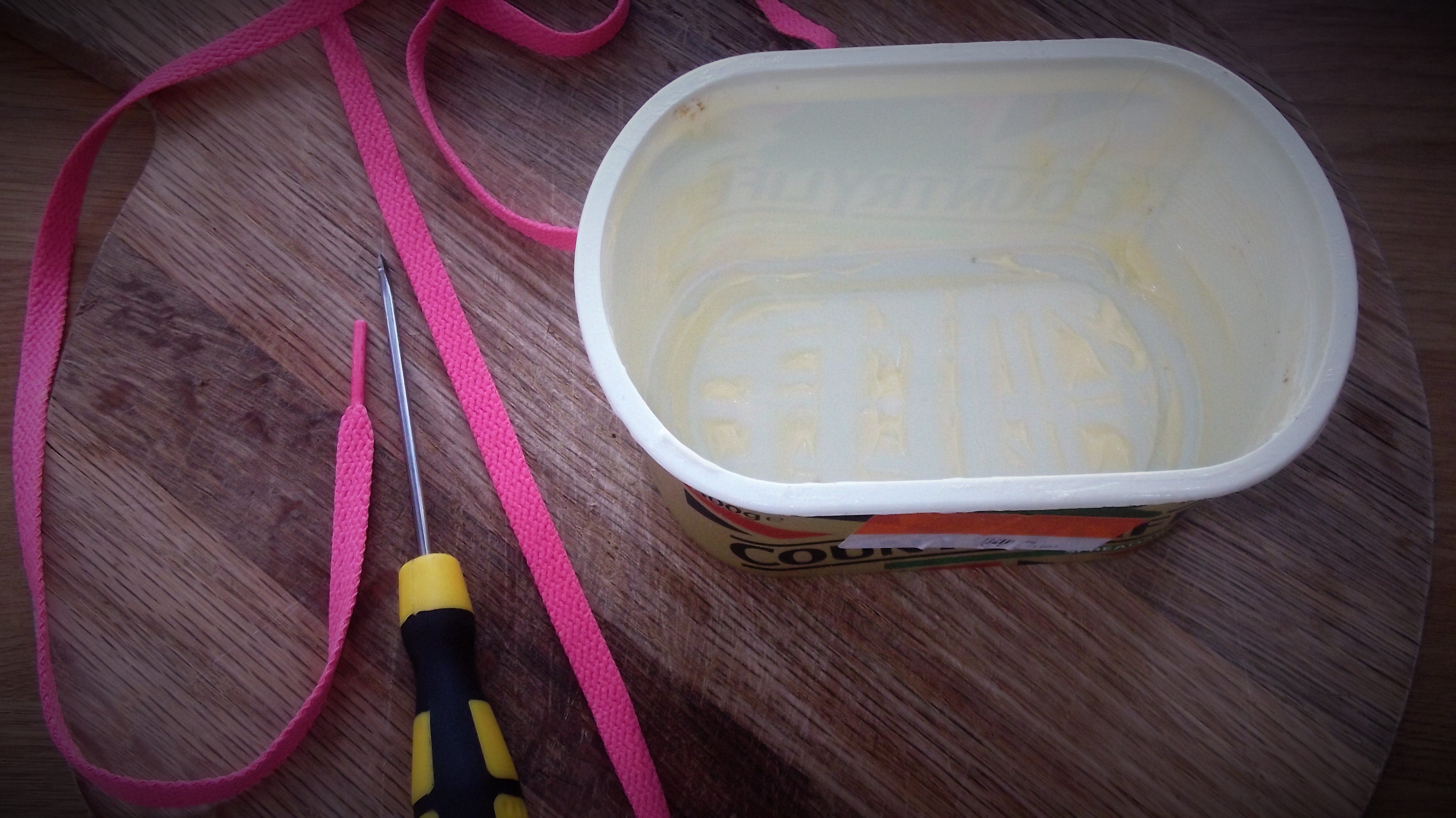 Next I got an old butter tub, one of my daughters shoe laces ( I told her to pick it up of her bedroom floor several times !!), a pair of scissors and a small screw driver.

I did not wash the tub out, as birds like fat and I poked a hole through either side of the tub and threaded the laces through, then knotted them each side of the entry point. 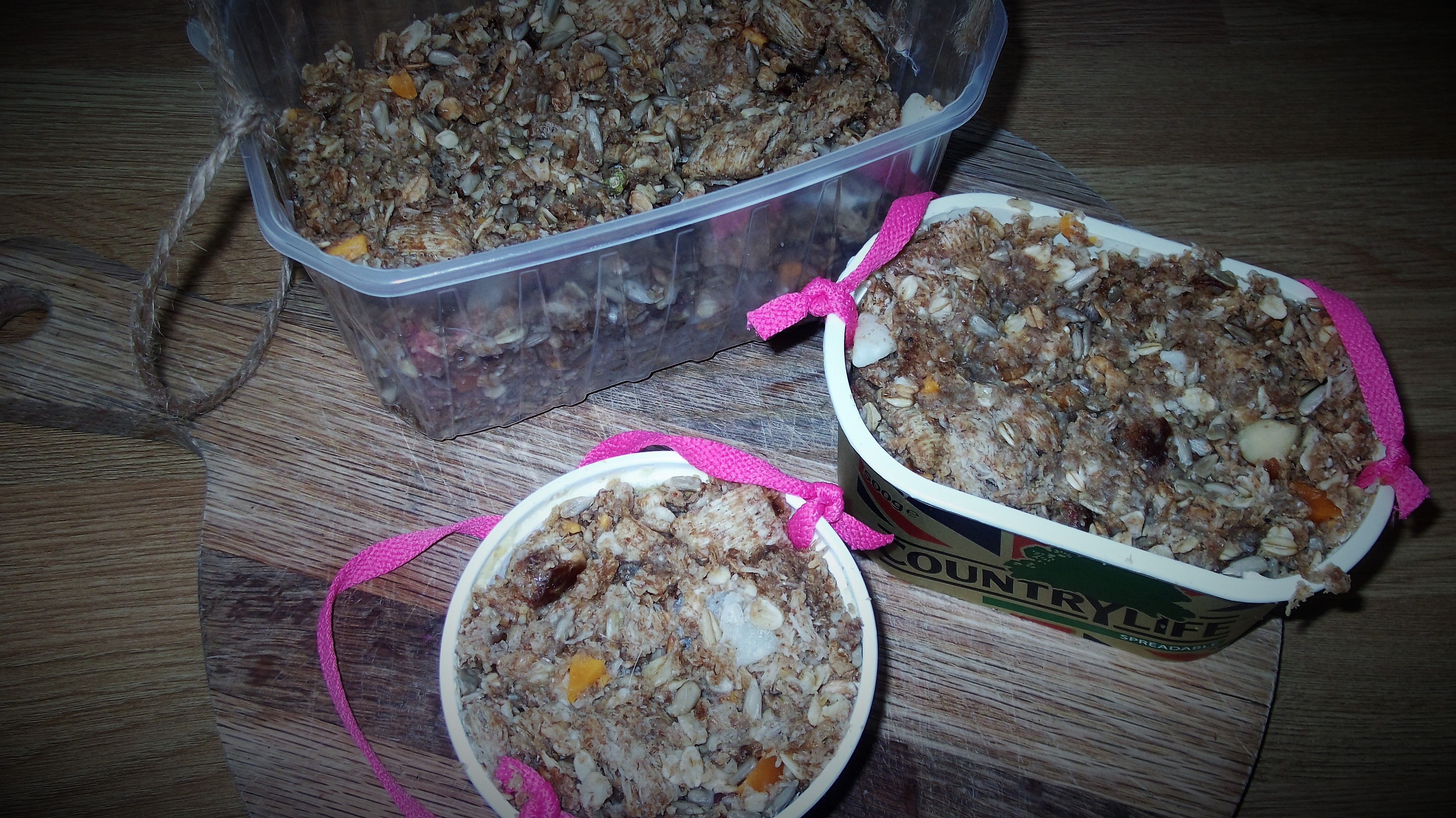 I repeated this with several other plastic tubs and filled these with the homemade bird food.

I put some drainage holes into the bottom and hung them up in different locations, but out of my cats way. 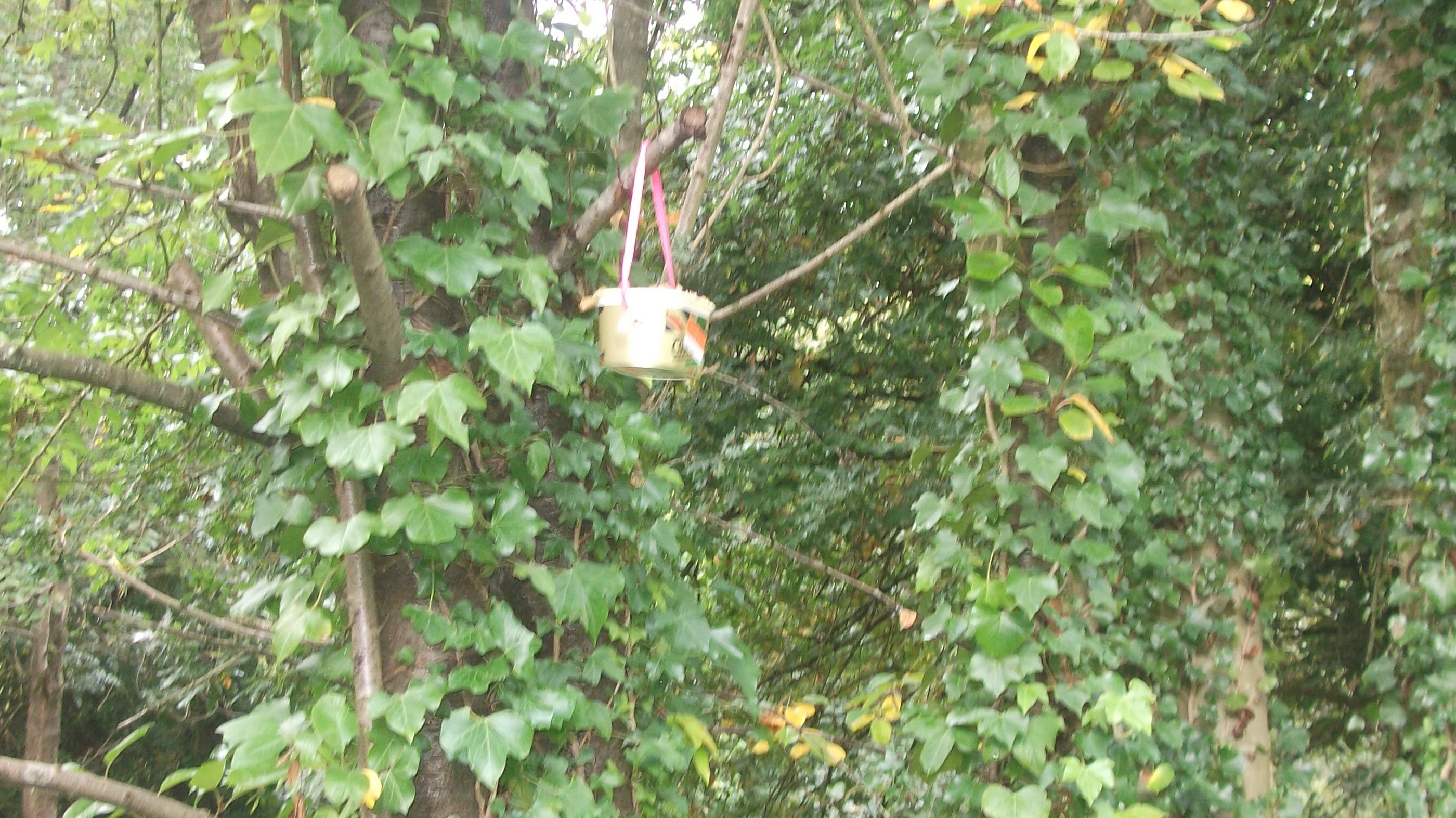 Autumn is a warming time with the beautiful colours of the leaves and the mega fab excuse of putting the heating on, but it has just got nicer with the fact that I can watch my regular robin eat some reduced grub from my kitchen window, all from me making some quick and easy homemade bird food for them!

I am sure he would give me the thumbs up if it was possible!!.